There is strong scientific evidence that human-induced greenhouse gas emissions are the main cause of climate change.

Greenhouse gases (GHGs) include carbon dioxide, methane, nitrous oxide and synthetic fluorinated gases. When released into the atmosphere, these gases absorb heat energy, which keeps Earth’s surface and lower atmosphere warm, a phenomenon known as the “greenhouse effect.” As the concentration of these greenhouse gases in the atmosphere increases, more heat radiated from the Earth’s surface is trapped, and the warming effect is enhanced.

Through atmospheric and ocean warming, these emissions worsen extreme weather events, cause rising sea levels and other environmental changes which threaten people and nature around the world. 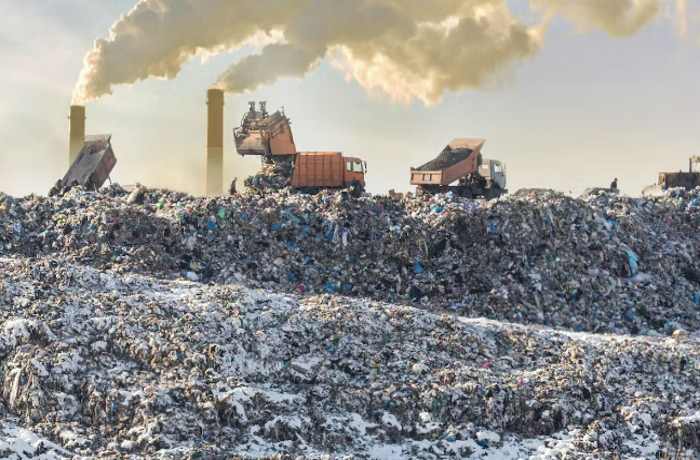 We all know about the effect that human induced pollution has on our cities and environment. Through our travels in the Carbon Abatement Industry, Hop2it is very aware of the specific consequences of plastics in the oceans and on land. However, beyond the visible pollution of our once pristine habitats, plastics are having a grave impact on the climate too.

Newly published research calculates that across their lifecycle, plastics account for 3.8% of global greenhouse gas emissions. That’s almost double the emissions of the aviation sector. If it were a country, the “Plastic Kingdom” would be the fifth-highest emitter in the world.

In addition to human produced and consumed plastics waste, each year more than 30 giga-tons of CO2 are released into the Earth’s atmosphere: this is the main source of the greenhouse gases that contribute to climate change. The largest part of these gases comes from the use of fossil fuels, the generation of energy through non-renewable channels and polluting human activities.

However, most of this pollution comes from just a few countries: China, for example, generates around 30% of all global emissions, while the United States is responsible for almost 14%.In the ranking below you can find the 10 countries that produce the most emissions, measured in millions of tons of CO2 in 2019-20.

These countries won’t be able to reach carbon neutrality only by reducing their domestic emissions.  They will need to offset much of their carbon footprint on international carbon markets. This is what Hop2it is about: our proprietary Carbon Marketplace makes it easy for anyone to offset their greenhouse gas emissions by supporting our certified Carbon Abatement Projects and purchase Carbon Credit Units we farm with our partners.

According to eco studies, by humans simply reducing the annual growth in plastics demand from 4% to 2% could result in 60% lower emissions from the sector by 2050.